What is Xylitol? It is a sweetener derived from the fibrous parts of plants. Similar in taste to regular sugar, but with a significant difference - the xylitol molecule contains 5 carbon atoms rather than the 6 of most other sugars. This molecular difference is the key to xylitol's beneficial qualities of taste & functionality.

A delicious, low-calorie sweetener As part of healthy eating, this food may assist in achieving and maintaining a healthy body weight because it is 25% lower in calories than regular sugars, but with the same sweetness. This is great news for anyone who wants to choose a healthier diet.*

Convenient sugar replacement XyloSweet can be substituted for most common sweeteners without compromising taste or texture. Unlike other sugar alternatives, it has no after-taste and can be used in most recipes that call for sugar in equal portions without making other changes to the recipe.**

Usage: When cooking, replace sugar with XyloSweet in equal measurements. XyloSweet is heat-stable for cooking and baking, it also mixes and dissolves just like common sugar.**

**XyloSweet will not cause breads and pastries to rise and is not a good choice for hard candies since it will not crystalize with heating. Xylitol is not recommended for sweetening juice and instant beverages that require large amounts of sweetener. 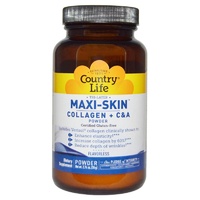