Swanson Health Products is excited and proud to finally bring Xanthohumol to you in supplemental form with Dr. Stephen Langer's XanthoVital™ Standardized Hop Extract. This exciting new antioxidant isn't really new, however. Scientists have known about this natural flavonoid for many years, as it has been the focus of nearly 200 published studies, which show Xanthohumol's potential to assist in a variety of biological functions. The most important research, though, shows that Xanthohumol is up to 200 times more powerful than resveratrol, another highly-popular antioxidant. In fact, evidence suggests that Xanthohumol is stronger than resveratrol, more bioavailable and more active so you actually need less.

The exciting research, which can be found on sites like PubMed.gov, indicate it may also be a powerful metabolic agent that can affect cell signaling, meaning it could have a profound influence on a vast array of structures and functions throughout your body.

After decades of research, Xanthohumol is available here at Swanson Health Products. It has a history similar to resveratrol in that, while resveratrol comes from the grapes that make red wine, Xanthohumol comes from the hops used to make beer. Unlike red wine, however, beer does not retain any beneficial levels of antioxidants. But with Swanson Ultra XanthoVital and its standardized formula of 10% Xanthohumol, you don't need to worry about where to go to get this revolutionary new antioxidant.

XanthoVital is produced in Germany by the world's leading experts in research and extraction. Their proprietary extraction and concentration process yields what Dr. Langer considers to be a pharmaceutical-grade product in respect to purity and consistency. If you're looking to maintain wellness and maintain an active and healthy lifestyle, adding a powerful antioxidant supplement like XanthoVital to your daily routine makes good sense. It's up to 200 times stronger than resveratrol, six times stronger than popular citrus flavonoids and four times stronger than typical isoflavones, making it one of the most affordable supplements available today for overall good health.

Other ingredients: Brown rice flour, hypromellose (vegetable capsule), diatomite, may contain one or both of the following: magnesium stearate, silica.

Suggested Use: As a dietary supplement, take one veggie capsule per day with water.

XanthoVital™ is a trademark of Berg Imports, LLC. 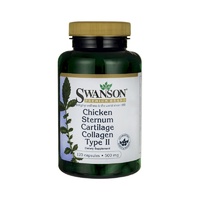