"I knew about luteolin for some time now and was delighted to find it here. It has made a difference in my mental clarity. ... Great price for such a hard-to-find product." ~product review by ryguy

Suggested Use: As a dietary supplement, take one veggie capsule per day with water.

WARNING: Consult your healthcare provider before use if you are pregnant, nursing, or have a medical condition.

Flavonoids (or bioflavonoids) are plant-derived nutrients that comprise some of the most common elements in the human diet. There are more than 4,000 different flavonoids found throughout the world, and Luteolin is one of the most abundant flavonoids of them all. It's found in a wide variety of fruits, vegetables and herbs, including celery, artichoke, thyme, citrus fruits and more. Luteolin is now set to become "the flavonoid of the future" thanks to a rapidly increasing body of evidence (more than 2,000 published studies to date) suggesting big potential benefits for human brain health, cognition and longevity.

Much of the research on Luteolin suggests biological benefits so fundamental to human health and well-being that the effects can be applied to a wide variety of common health concerns at every stage of life. For example, mitochondria (the energy center of every cell) function, or rather the decline thereof, is believed to be a primary cause of "aging." This "mitochondrial theory of aging" is closely tied to the "free radical theory" in that free radicals are produced within cells by the energy-producing function of the mitochondria. A number of reports suggest that Luteolin may defend against mitochondrial aging by activating these cellular antioxidants.

The brain, however, is still the most exciting area of Luteolin research. According to the studies, Luteolin may help reduce levels of amyloid proteins while simultaneously defending the mitochondria from free radicals, making it a unique, multifaceted product for cognitive nourishment and support.

There's no arguing the science, but it's also important to note that not all Luteolin supplements will perform as the evidence suggests. Luteolin is not bioavailable on its own. It requires the presence of other bioflavonoids in order to be metabolized the body and reach the cells in active form. Luteolin is often accompanied by rutin, which "unlocks" its potential to promote human health. New Swanson ultra Luteolin Complex delivers pure, natural Luteolin and rutin in perfect balance for optimal 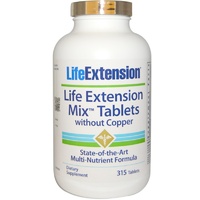 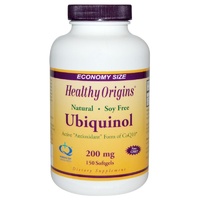