Jarrow Formulas Ubiquinol QH + PQQ is the powerful combination of QH (ubiquinol) with PQQ (pyrroloquinoline quinone), which is considered by some authorities to be an essential nutrient. QH is the reduced (active antioxidant) state of Co-Q10, the form produced by our cells. It is significantly better absorbed than ubiquinone. PQQ with QH promotes the creation of new mitochondria, a process known as mitochondrial biogenesis. Ubiquinol QH + PQQ supports both heart health and cognitive function.

Suggested Use Of Ubiquinol QH + PQQ

Usage: Take 1 softgel once or twice per day with a meal or as directed by your qualified healthcare professional.

Other Ingredients In Ubiquinol QH + PQQ

No wheat, no gluten, no soybeans, no dairy, no egg, no fish/shellfish, no peanuts/tree nuts.

Particle formation inside softgel is normal and dissolves after ingestion.

Note: If you have a medical condition, are pregnant, lactating, trying to conceive, under the age of 18, or taking medications, consult your healthcare professional before using this product.

Keep out of the reach of children. 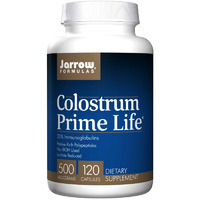